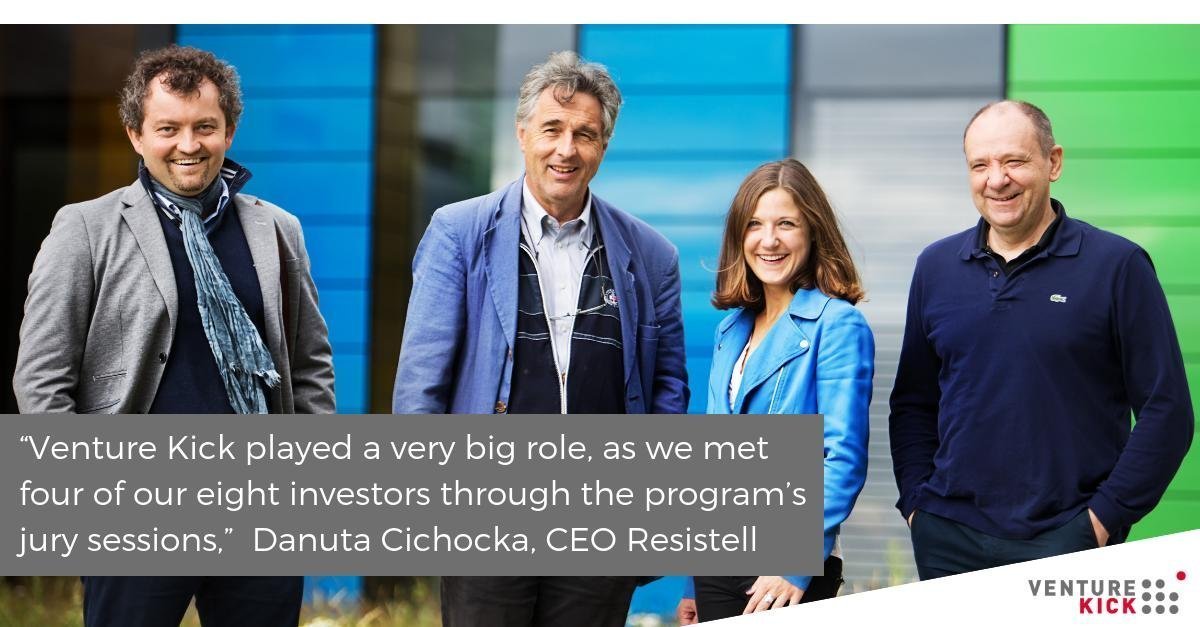 700,000 people die each year due to drug resistant infections. Unless we can halt this trend, we face a death toll of up to 10 million people a year by 2050. It’s a problem which is exacerbated by the fact that many patients aren’t prescribed the correct antibiotic on time. To positively influence the course of treatment, it is essential to speedily determine which antibiotics the microbe still responds to. The start-up Resistell has been able to achieve reliable results of this kind many times faster than conventional antibiotic sensitivity tests. The movements of living bacteria from the sample are captured using nanotechnology and Atomic Force Microscopy-based techniques. If an effective antibiotic is applied, the bacteria die, and their movements cease. The Resistell method takes only hours to complete instead of the usual timescale of days. Patients can be treated with the right medication from day one.

The EPFL and the Resistell team of physicists, physicians and microbiologists have been researching the development of the diagnostic tool since 2012. The inventors, Prof. Giovanni Dietler and Dr. Sandor Kasas, have raised over 2 million CHF in non-dilutive funding from EPFL, Gebert Rüf Foundation and the SNSF National Research Programme “Antimicrobial Resistance” (NRP 72) for the technology development. Using those funds, the proof-of-concept, 3rd generation prototype and first successful test on samples from University Hospital in Lausanne (CHUV) have been achieved.

Resistell AG was incorporated in April 2018 in Basel to take the technology to the next level and to transfer the laboratory prototypes into a Minimal Viable Product that could be easily operated by laboratory technicians in hospital laboratories. In the long-term, Resistell is aiming to become the Gold Standard in phenotypic antibiotic susceptibility testing.

In summer 2018 the European patent for the device and method was granted. With that, Resistell was perfectly placed to raise the funds needed for the next development stage. “It has been extremely important for Resistell, to attract investors who not only have the financial capacity to help us further develop the product but who also understand the importance of making the technology available to the physicians who fight every day for the lives of patients with antibiotic-resistant infections. And we have succeeded.” – said the CEO, Danuta Cichocka.

Mr. Derek Brandt, CEO at & Senior Global Vice President at Sensile Medical AG (recently acquired by Gerresheimer) and Mr. Michal Bartos, CEO at ARTO AG, Business Angel and former Global Head of Commercial Operations at Merck, have joined the Board of Directors. Prof. Gilbert Greub, Head of Microbiology Diagnostics at CHUV and Director of the Institute of Microbiology at the University of Lausanne (UNIL) is a Chief Scientific Advisor at Resistell. He has enabled the creation of a dedicated Atomic Force Microscopy laboratory in the Institute of Microbiology, where the Resistell’s devices are currently being tested.

After the closing of this round, Resistell is moving to the new premises in Muttenz.

Occident Group is an international, privately held investment company based in Zug (Switzerland). Occident’s goal is to manage its own wealth in a sustainable, meaningful manner seeking to make a positive contribution to society through the investments. A young, dynamic team of experts nurtures a portfolio of ventures, properties, real assets and securities. Occident’s venture capital investment decisions are driven by a strong orientation towards the future and by the fascination for founders who can take a good idea and build it into a great enterprise. As a partner for start-ups and founders, Occident offers strong financial backing, a long-term outlook and wide-ranging areas of expertise. More at www.occident.group

Hemex supports start-ups as well as established medical device, biotech and pharmaceutical companies with a wide range of expertise, either in-house or via their network of dedicated partners and affiliates. Hemex’ experts have several decades of combined experience in the pharmaceutical and medical technology industry with pivotal contributions to the development and approval of innovative products. Hemex supports companies in their interactions with the investor community and also offers interesting collaboration programs, including public and private seed funding. More at www.hemex.eu